25-30th April 2020 - We'll be showing Project Tokyo at this years' CHI 2020 conference in Honolulu. Find out more about our interactive demo here entitled: A Dynamic AI System for Extending the Capabilities of Blind People.

16th February 2020 - Article: Microsoft creates a new AR tool that helps blind and low vision users identify people trying to get their attention, and gives them sound cues to indicate how far away their conversation partners are. 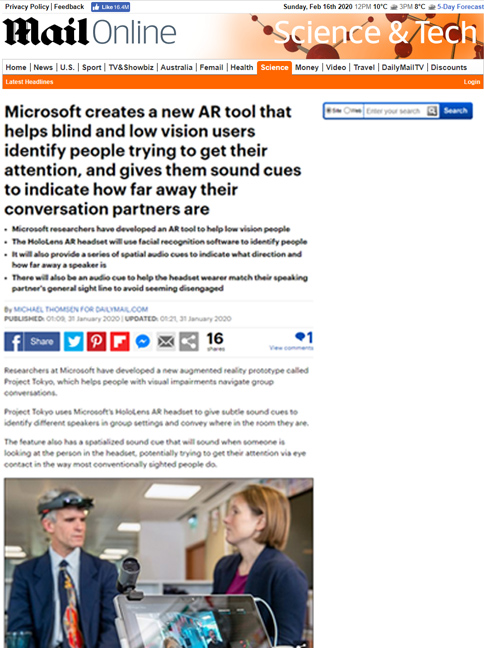 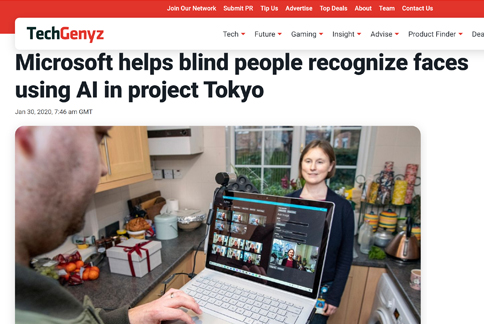 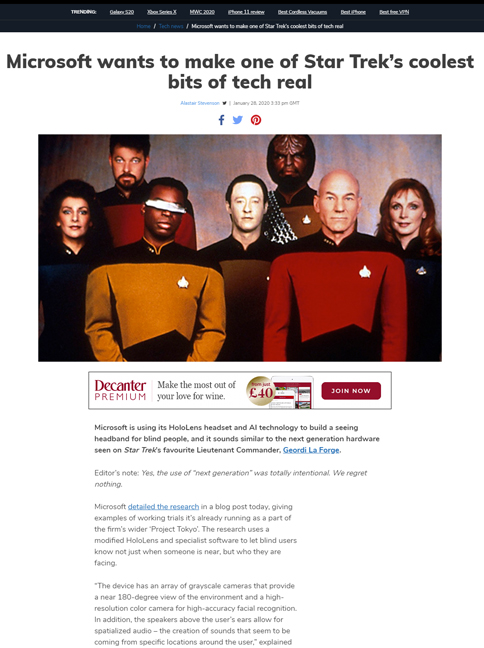 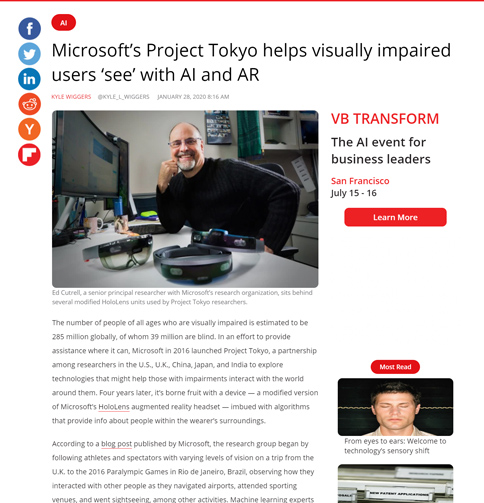 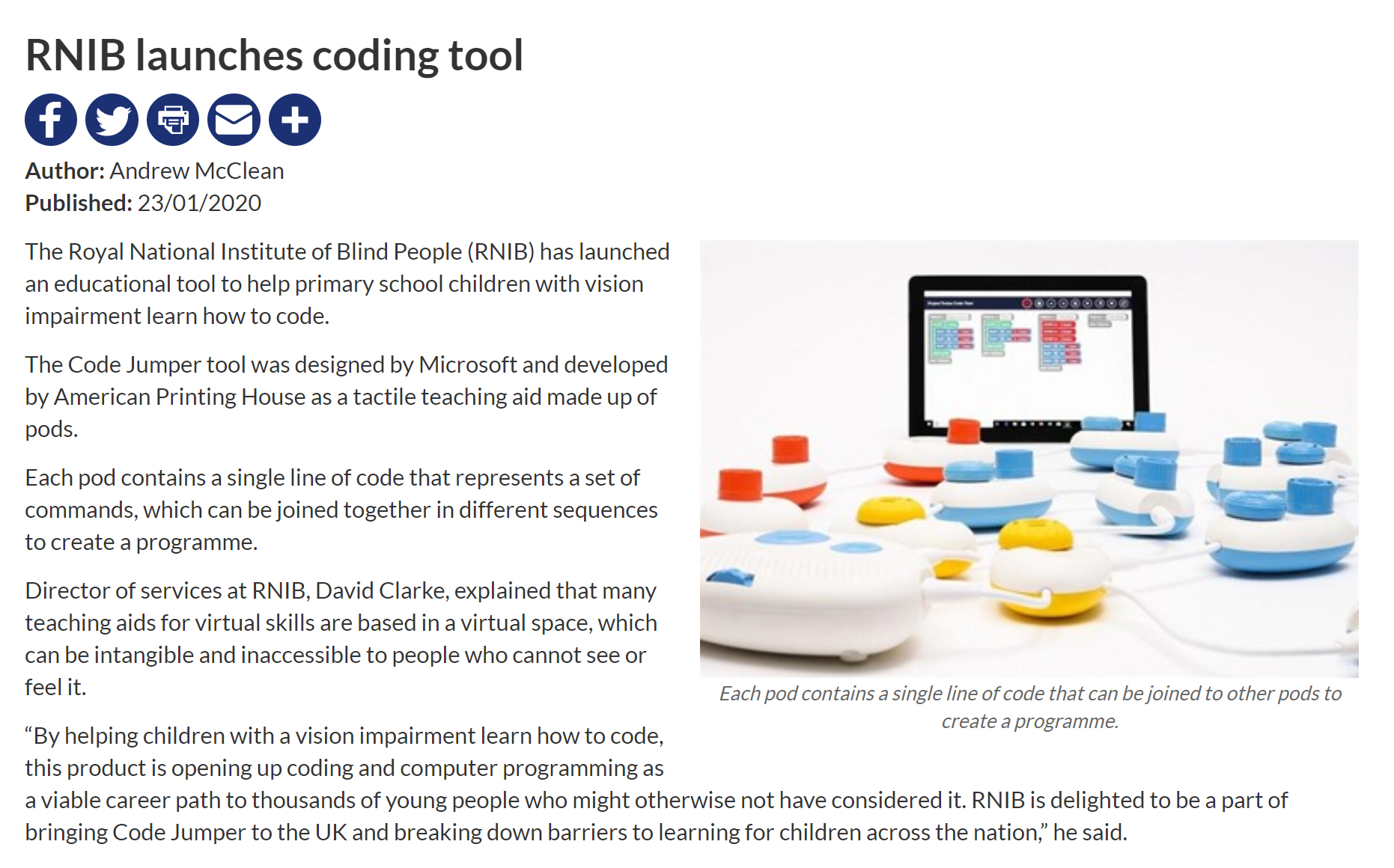 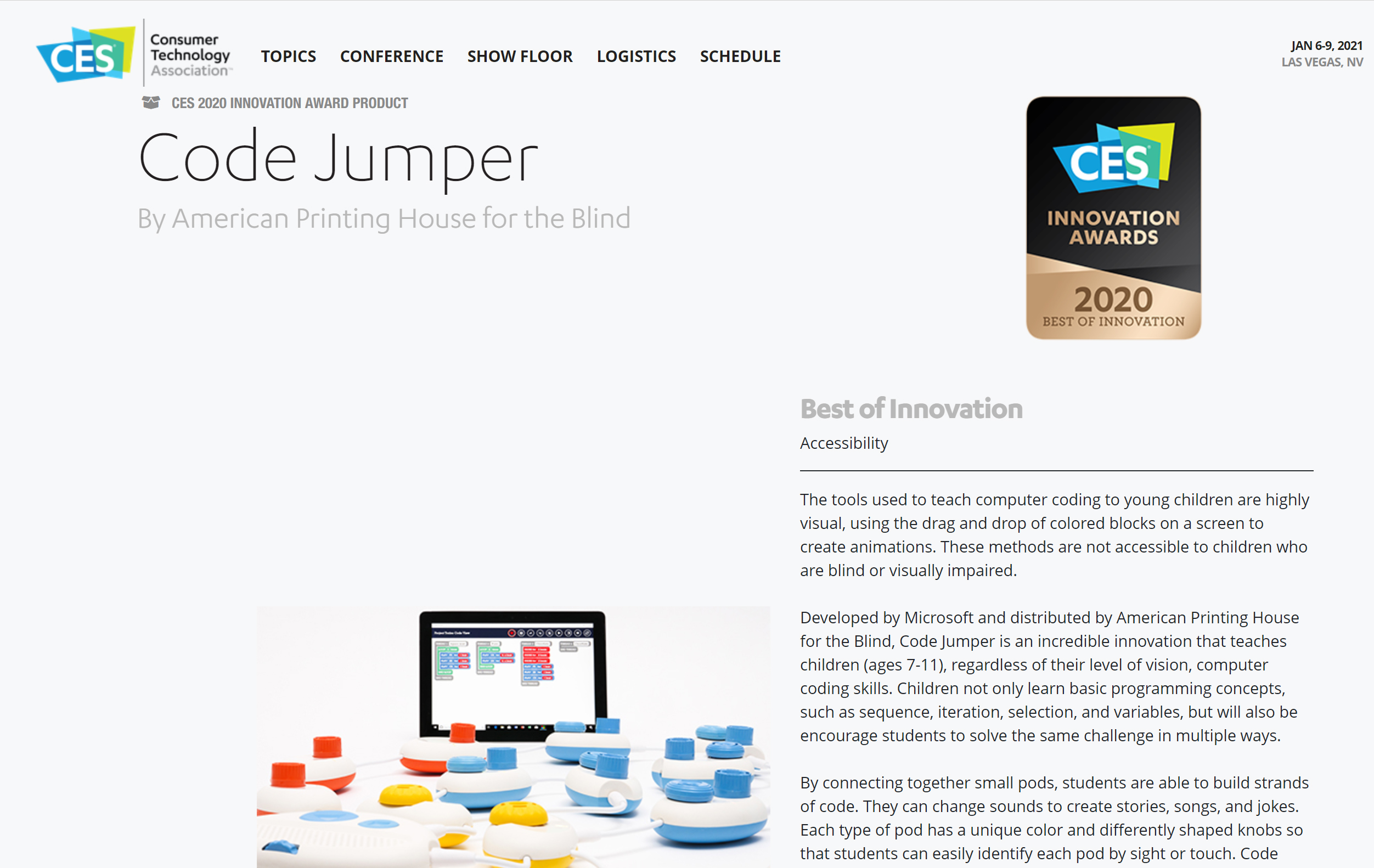 10th November 2019 - I'll be joining the TechShare Pro 2019 panel on Ethics, Machine Learning and Disabilities. A great summary of the event by Adam Tweed can be found here. 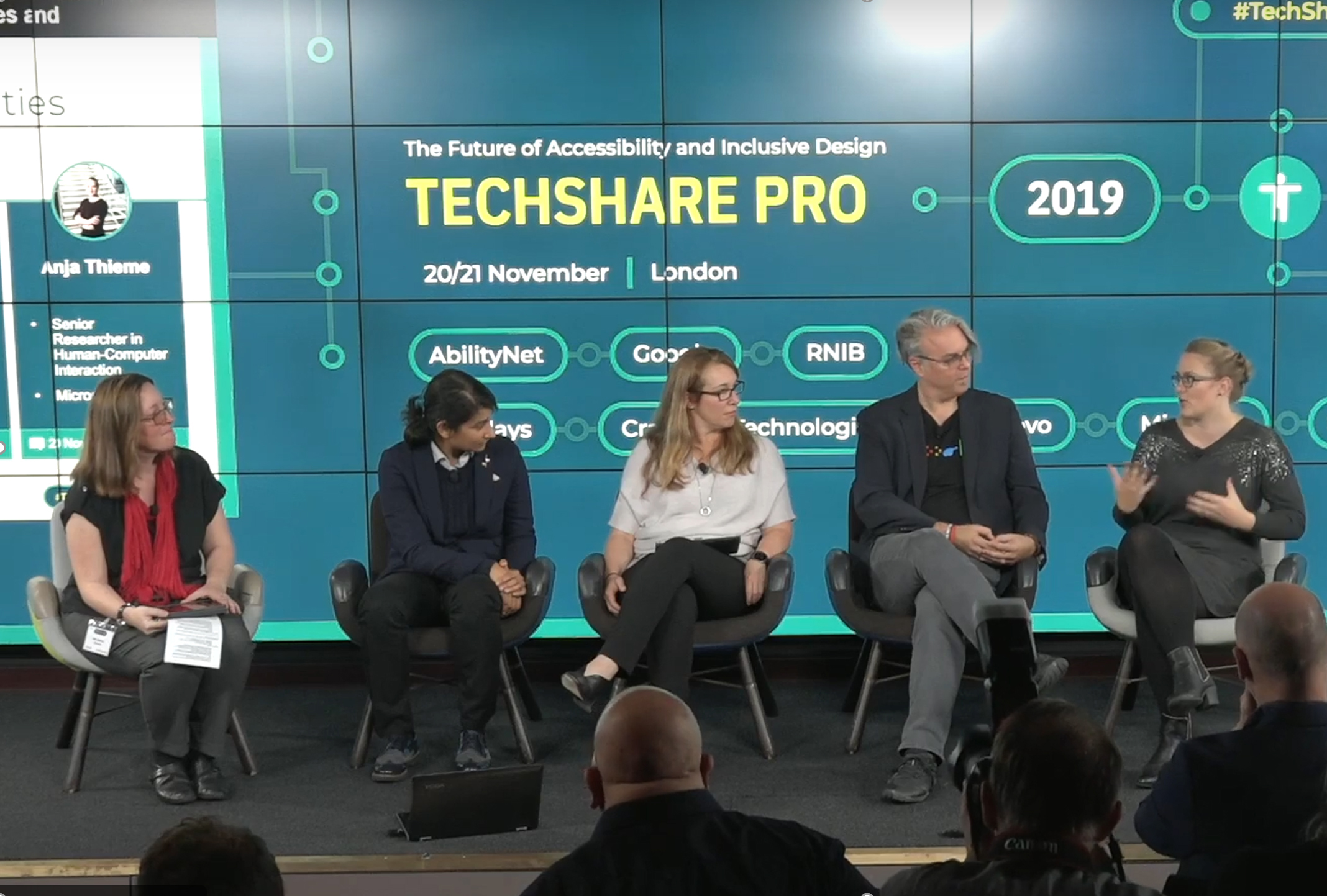 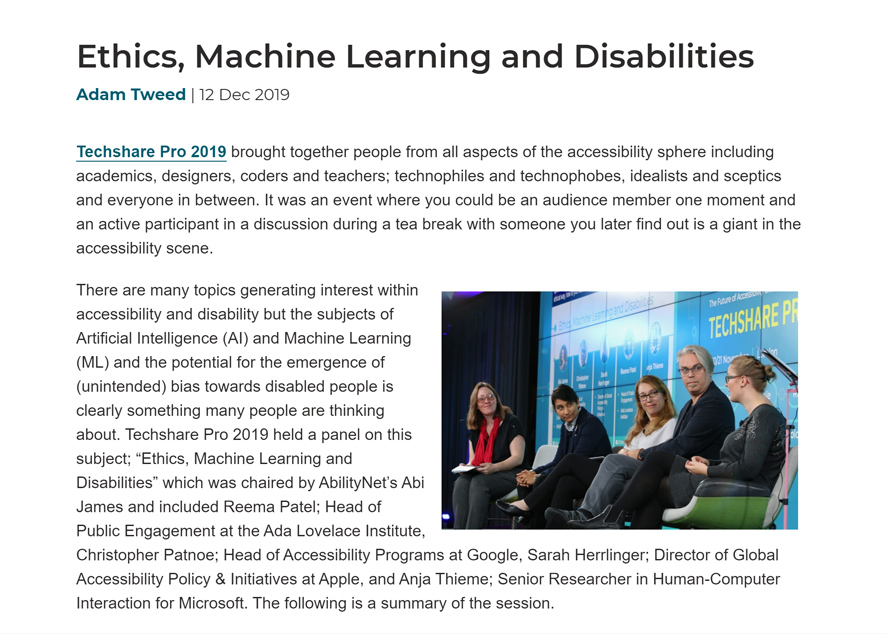 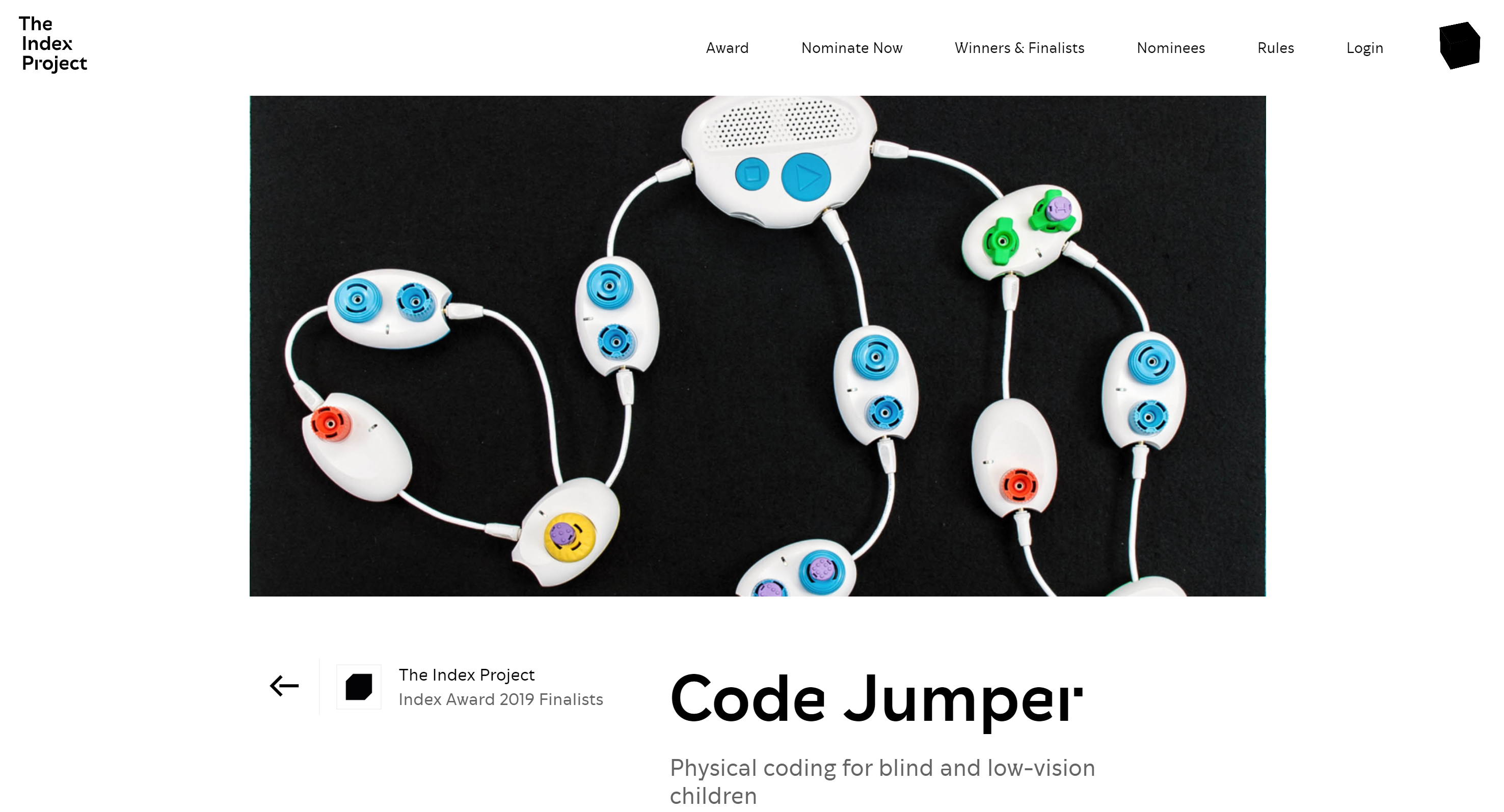 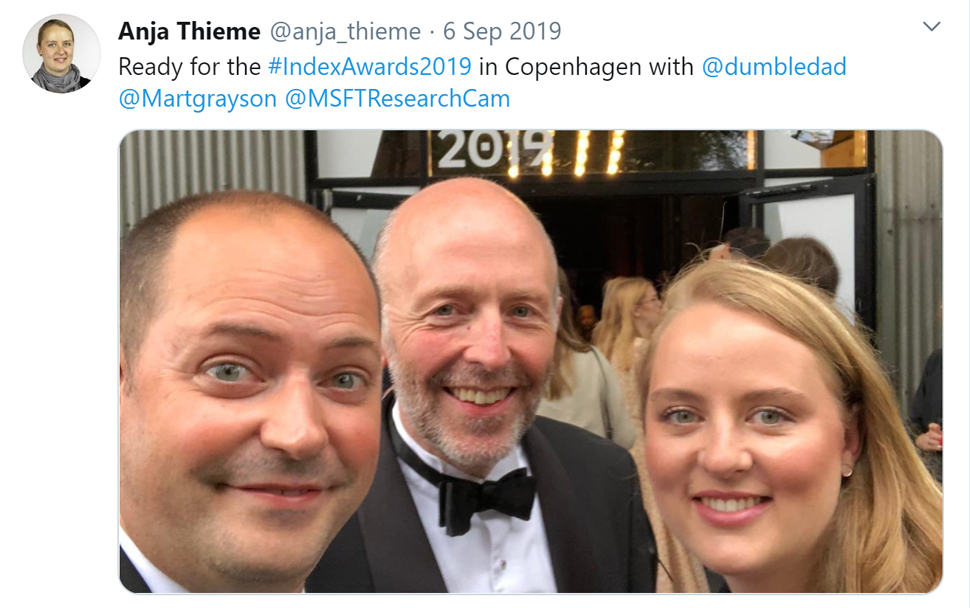 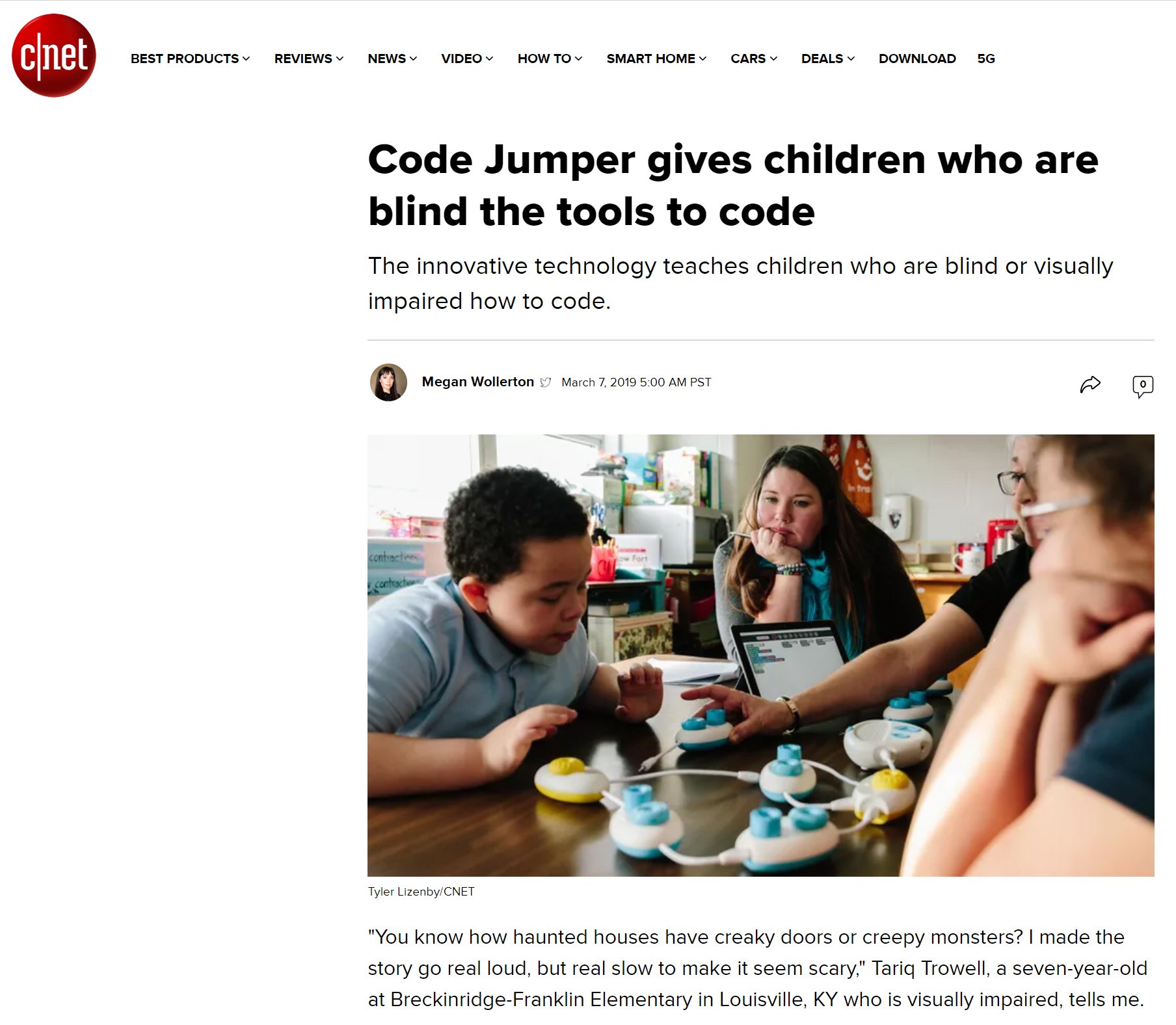 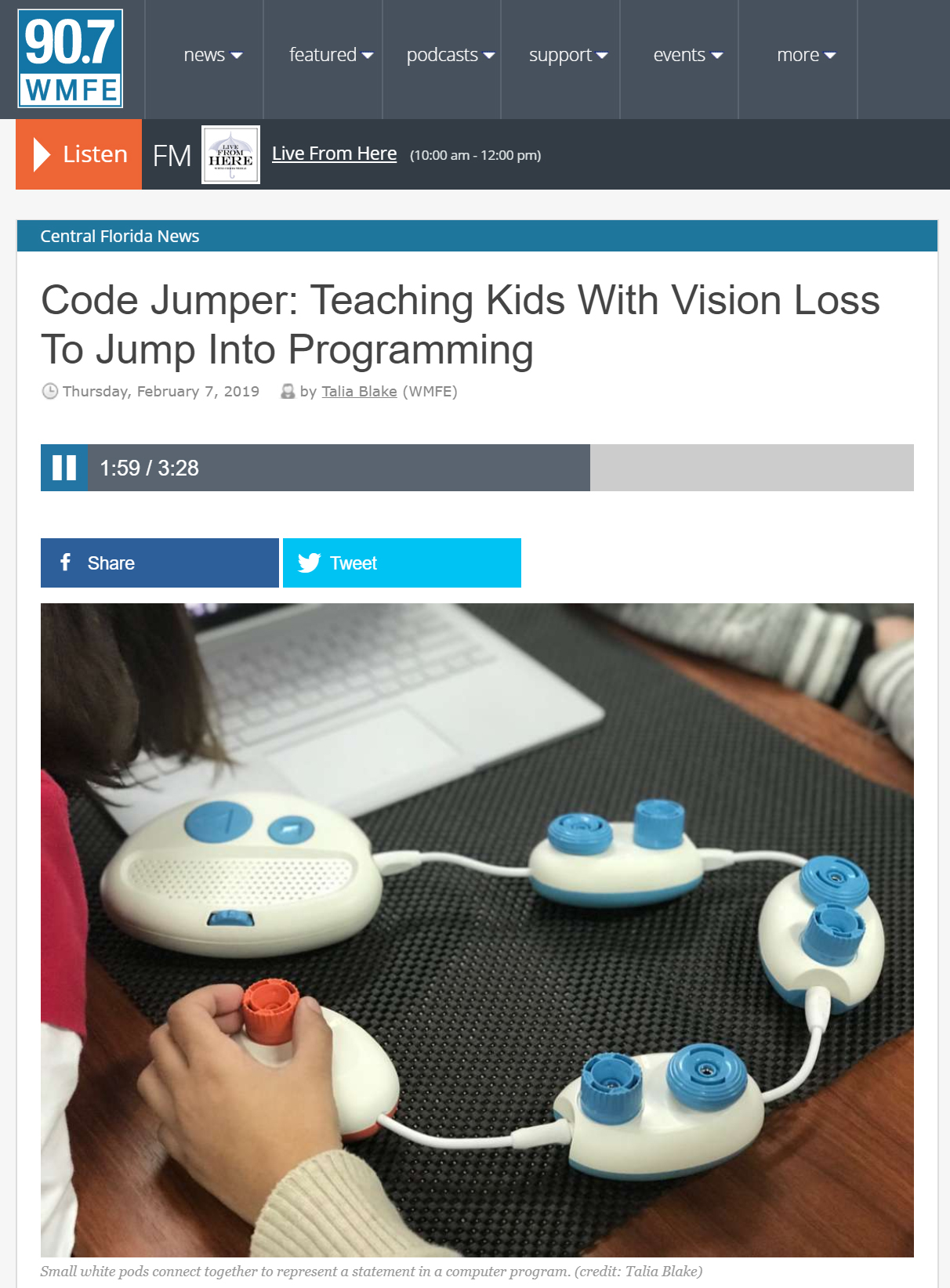 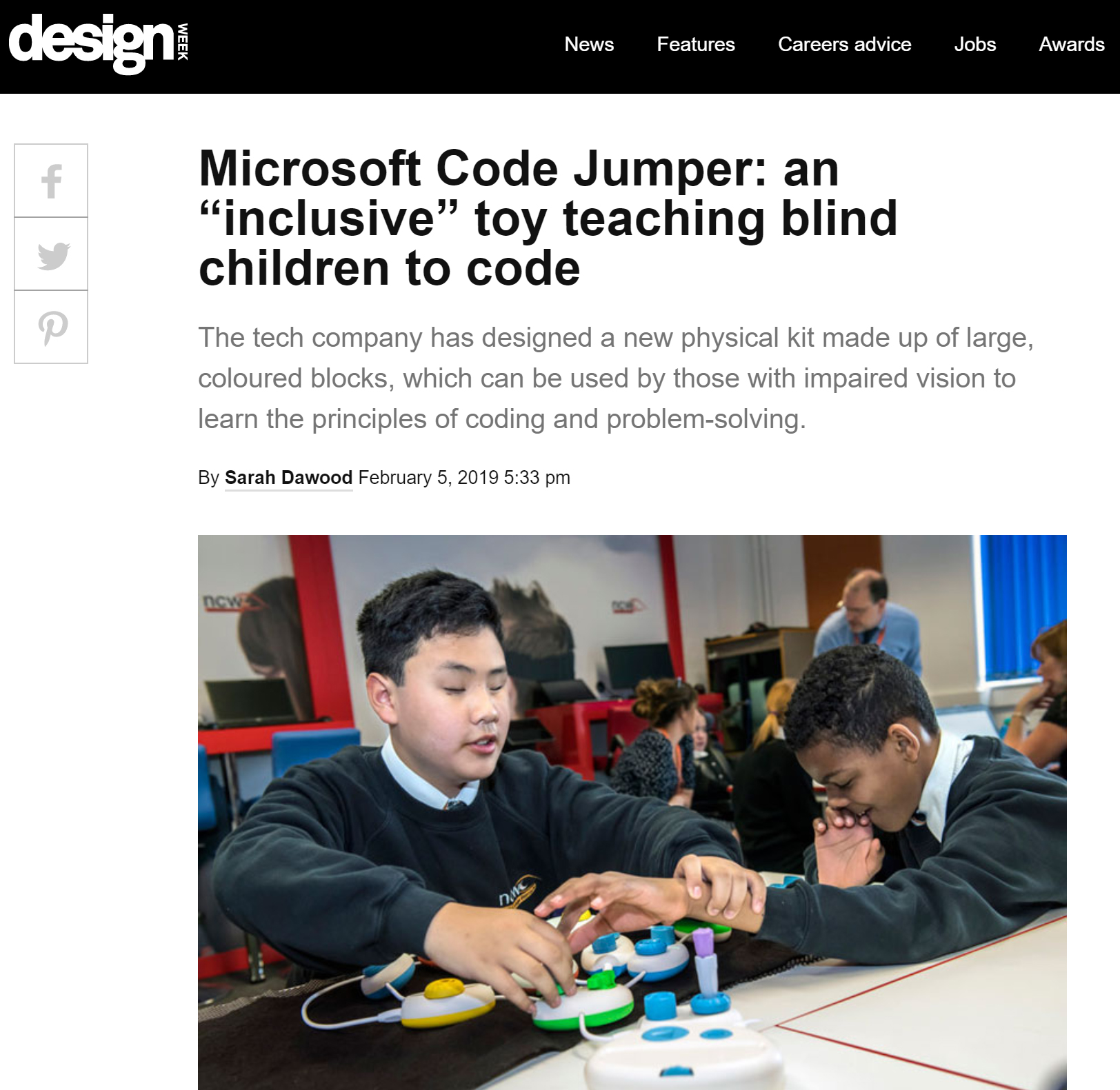 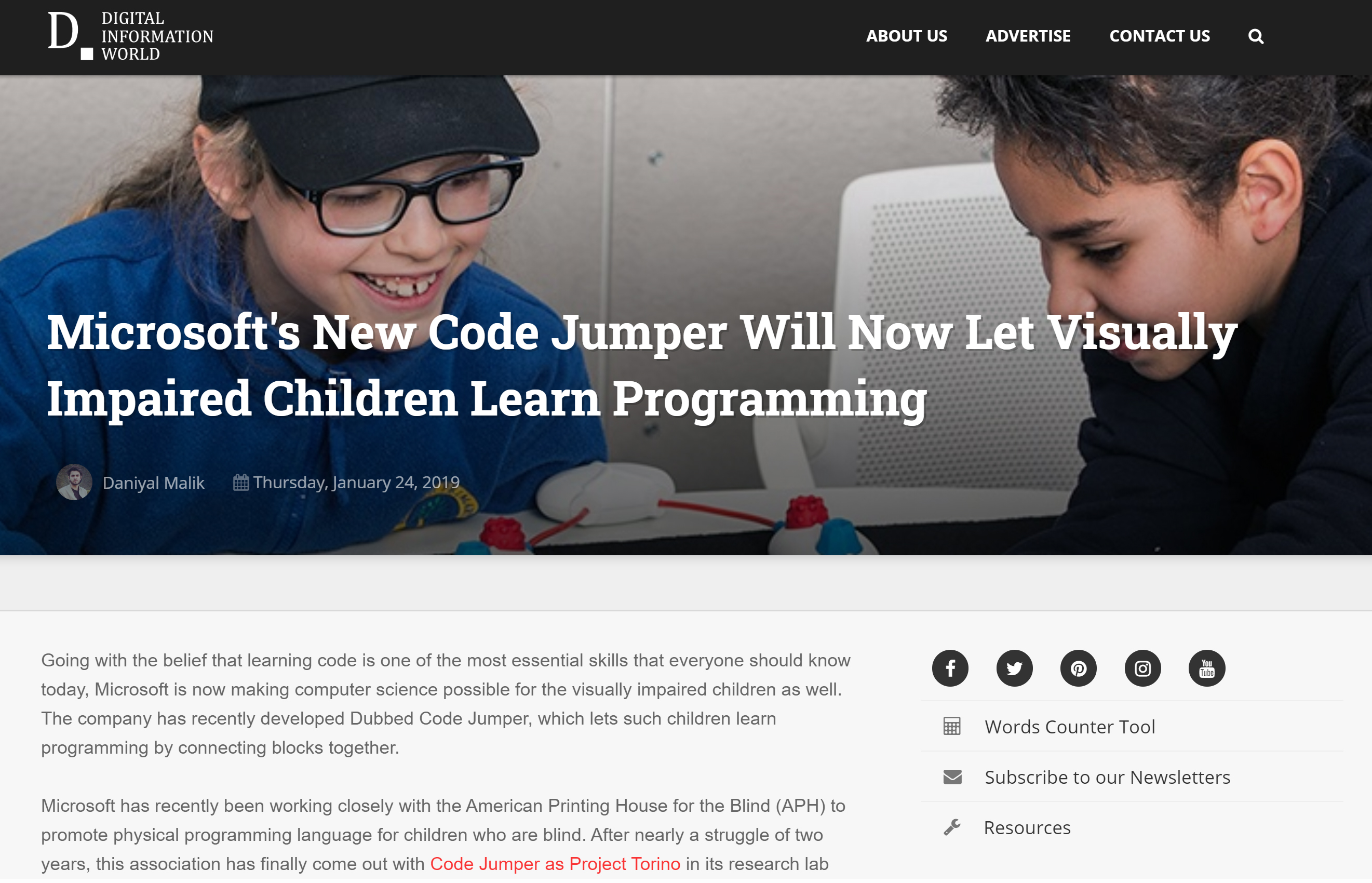 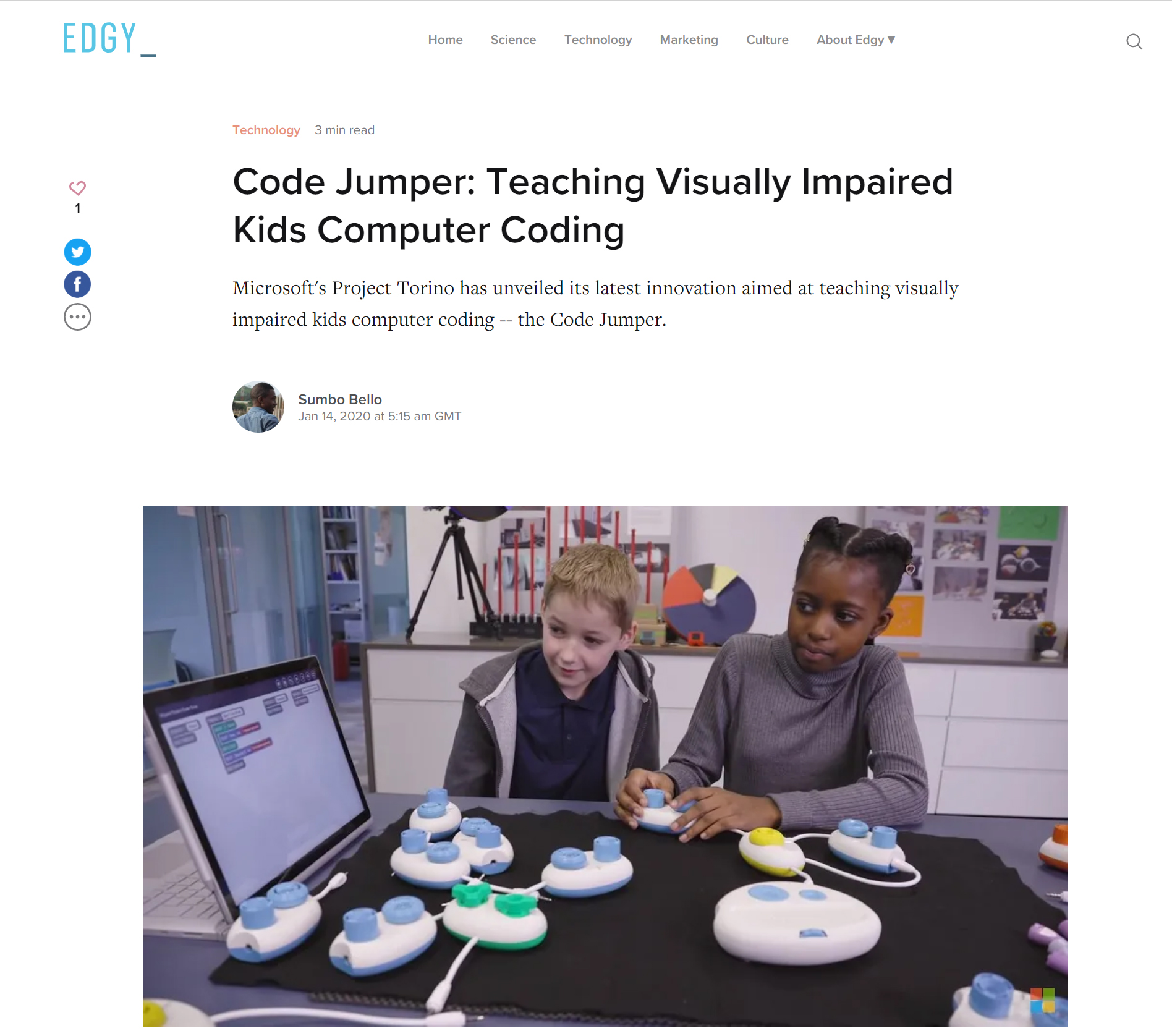 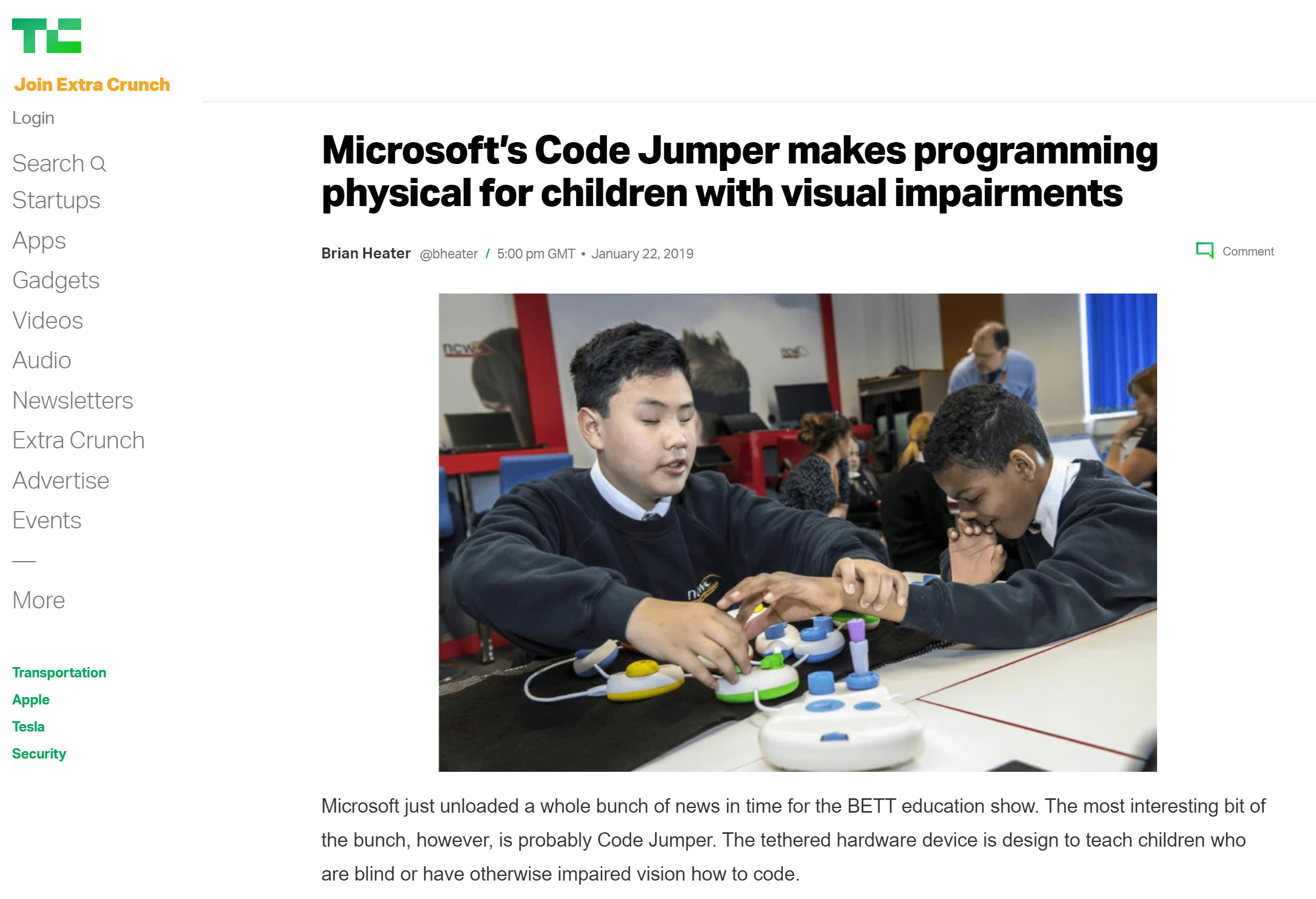 1st December 2018 - I'll be exhibiting Project Torino at RAREfest (Accessibility and Inclusion Apps), a 2-day festival held in Cambridge (UK), organised by the Cambridge Rare Disease Network. The event will shine a light on some successes and innovative solutions that are striving to address that rare diseases are still not being consistently diagnosed, treated and supported effectively. It will raise awareness of rare conditions and bring together all stakeholders in the rare disease community alongside the general public from across Cambridgeshire and beyond. 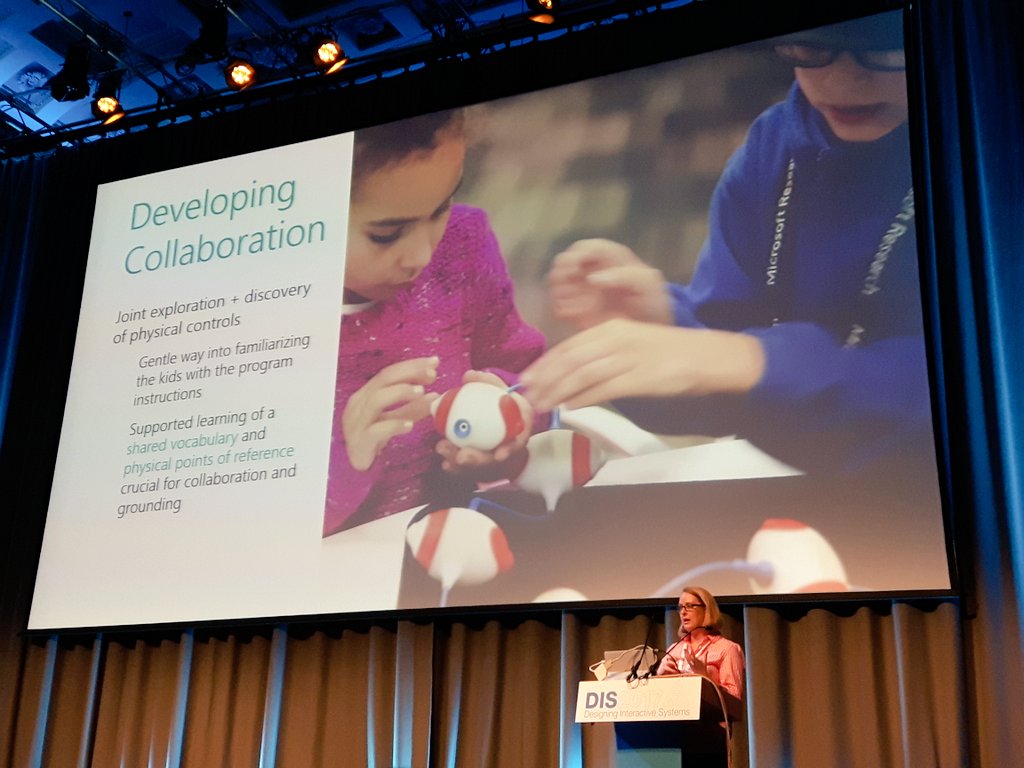 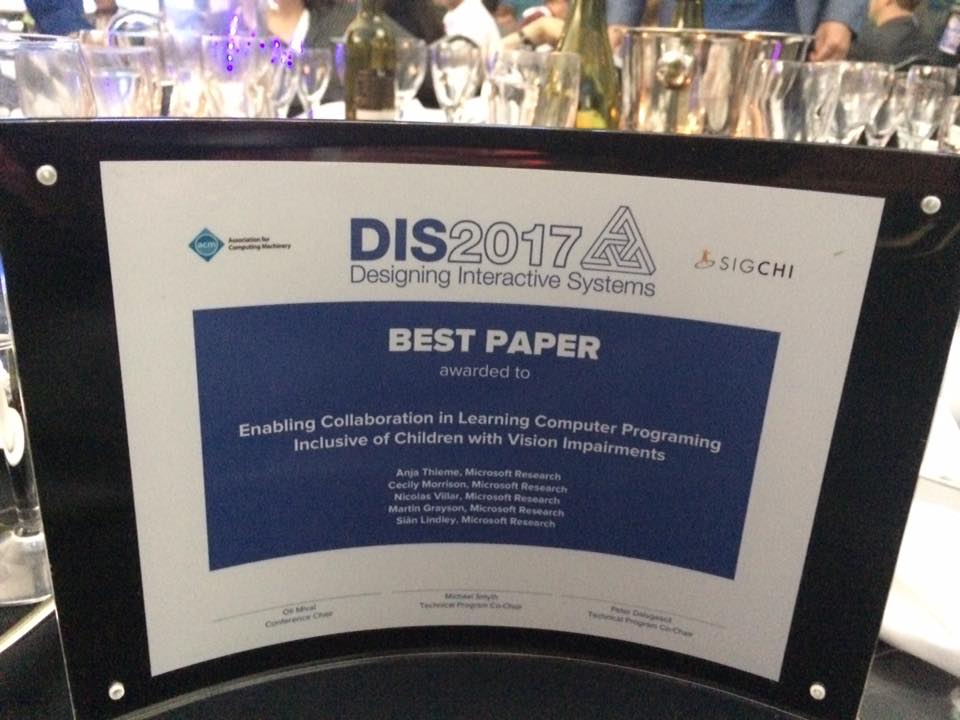 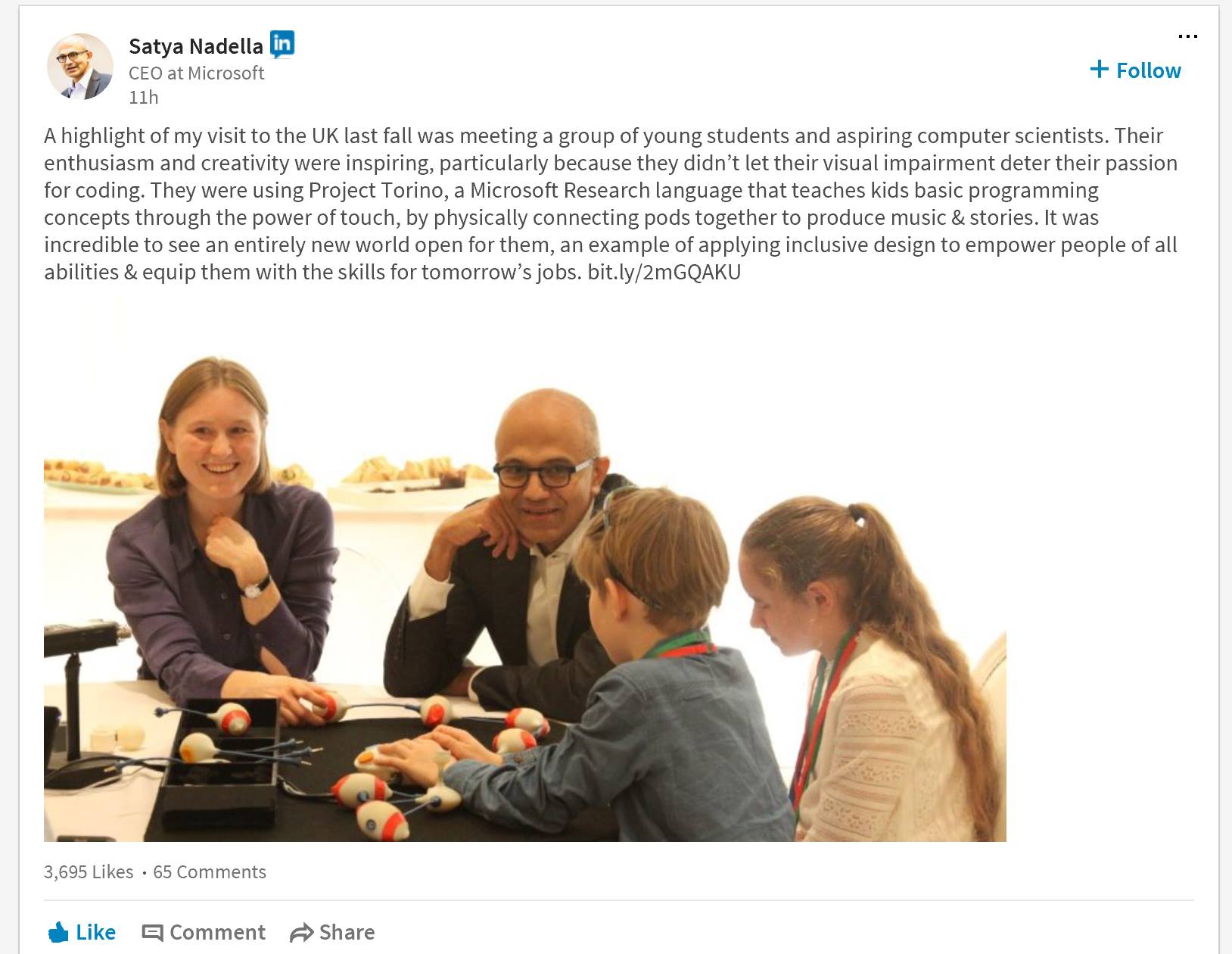 24th March 2017 - Article: Visually Impaired Kids Get a Feel for Code With Help From Microsoft. 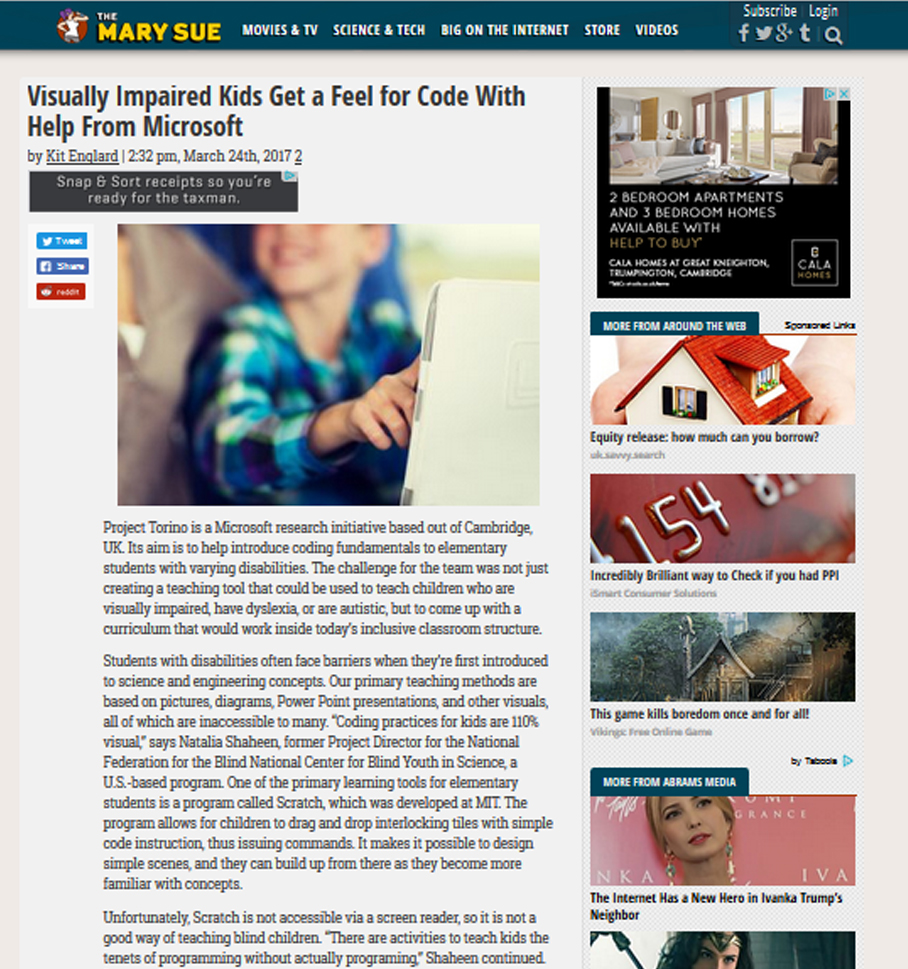 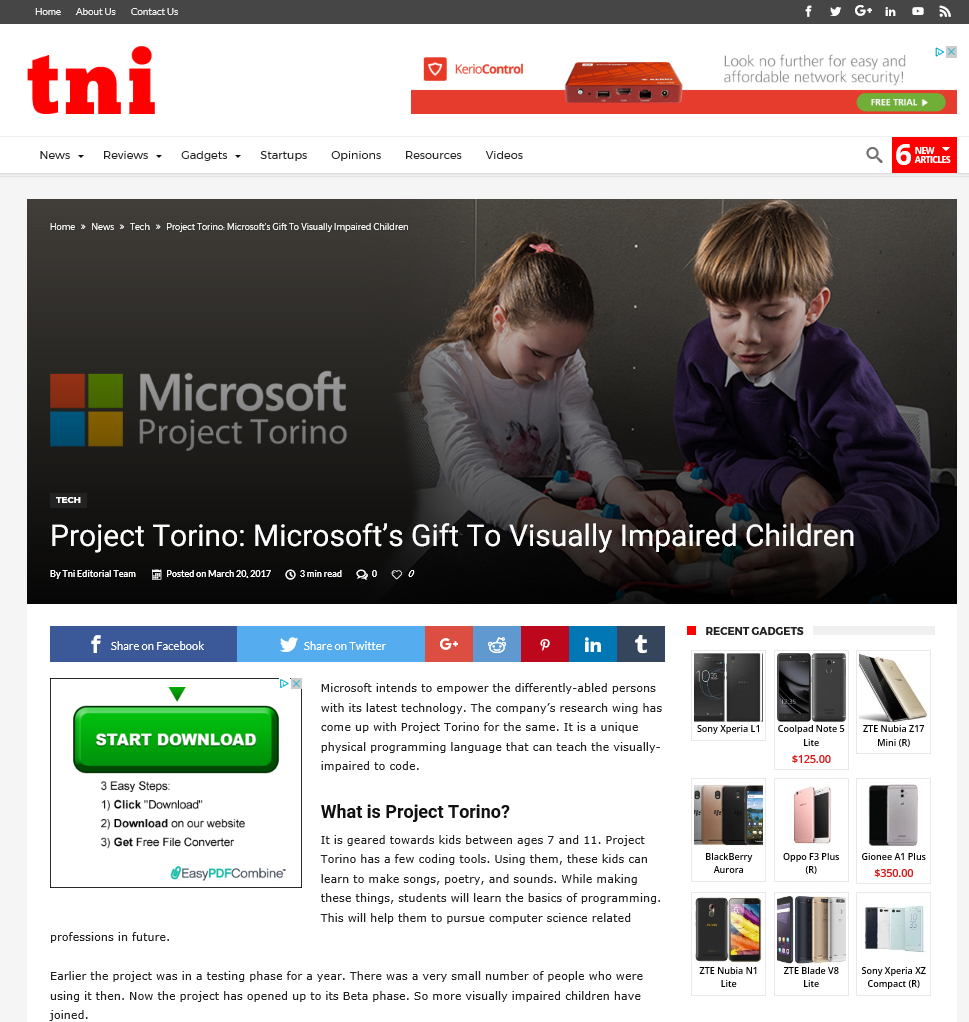 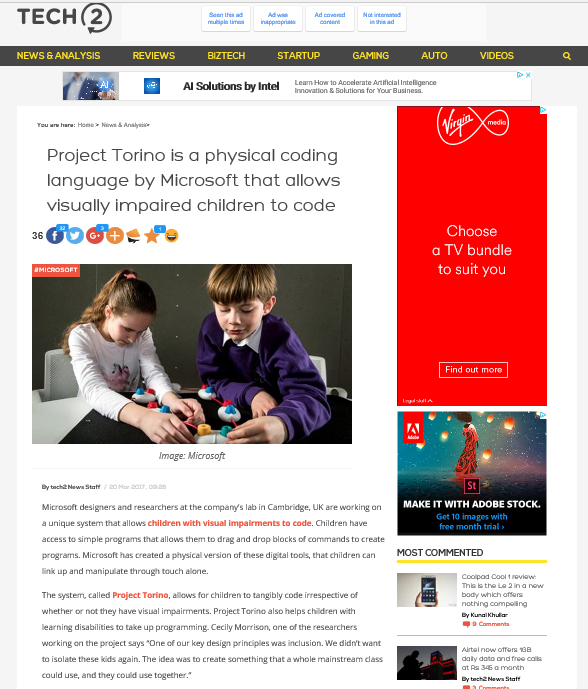 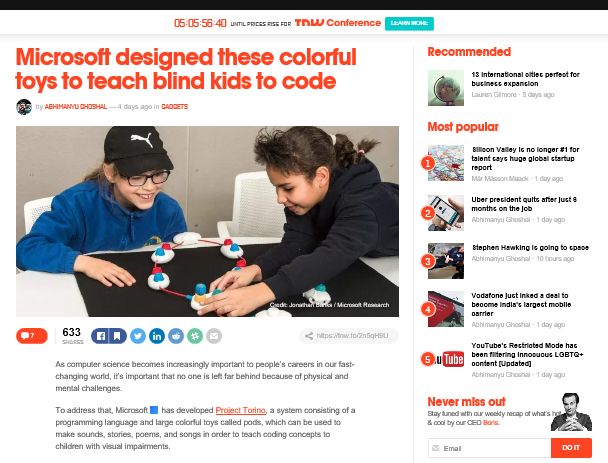 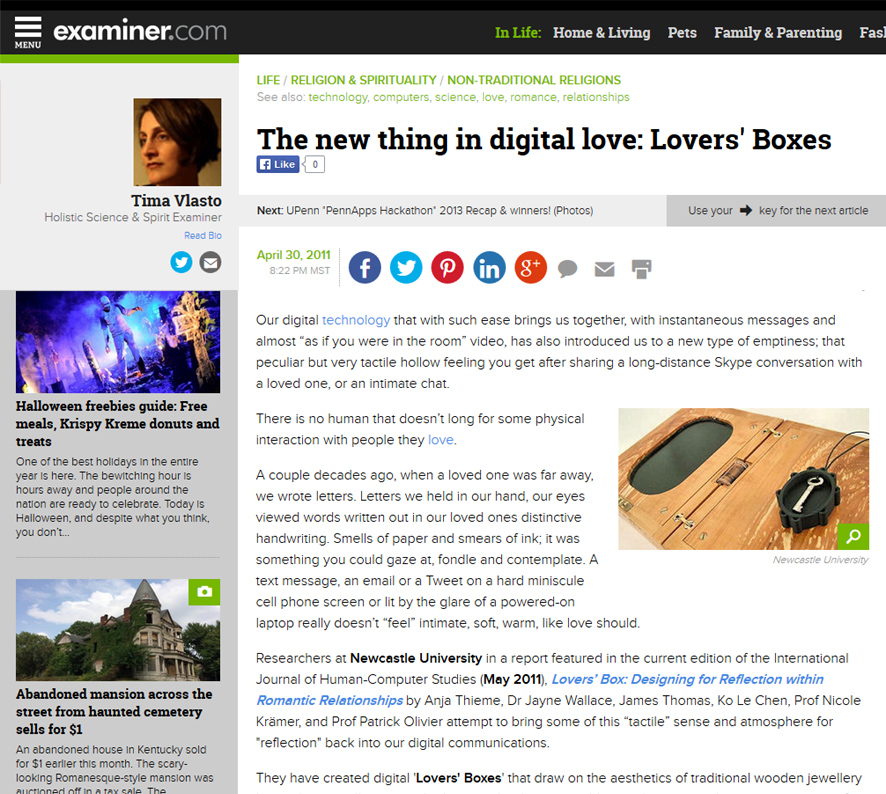 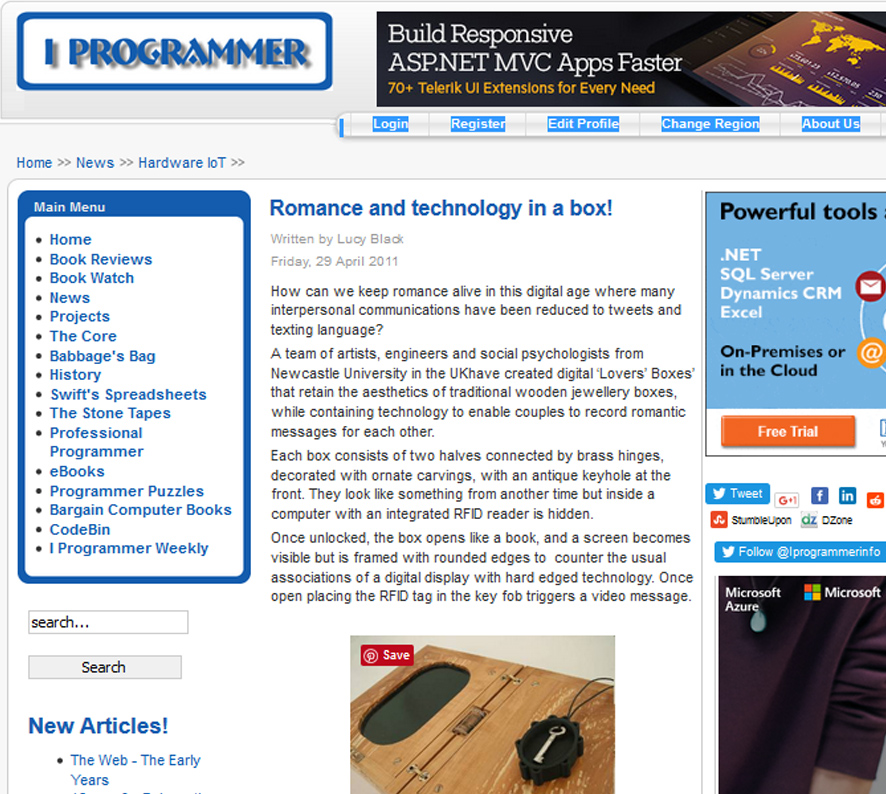 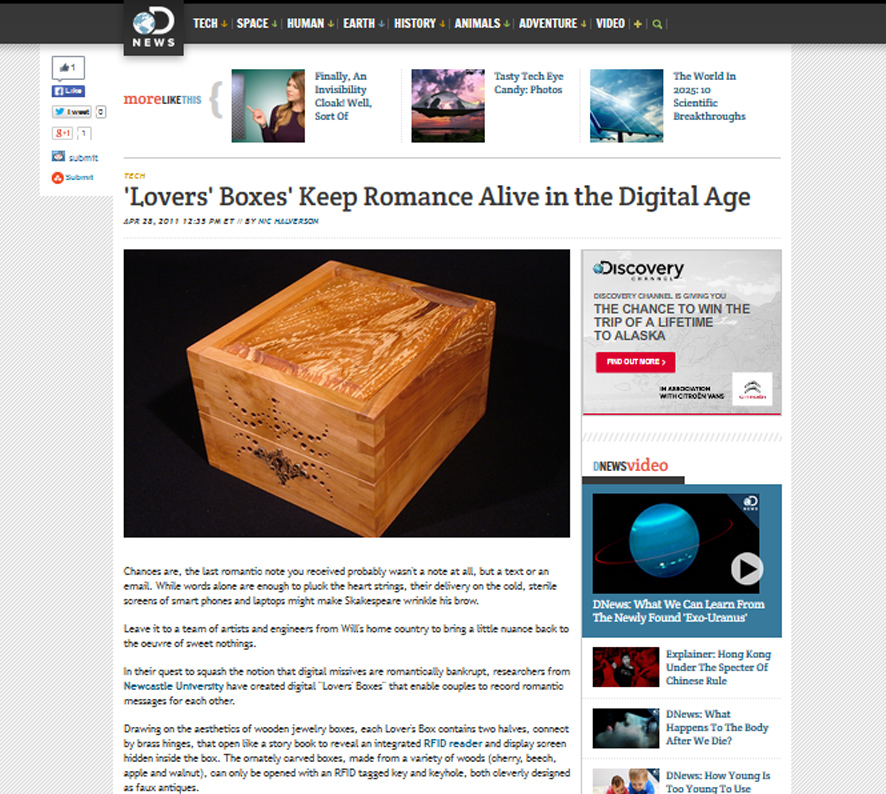 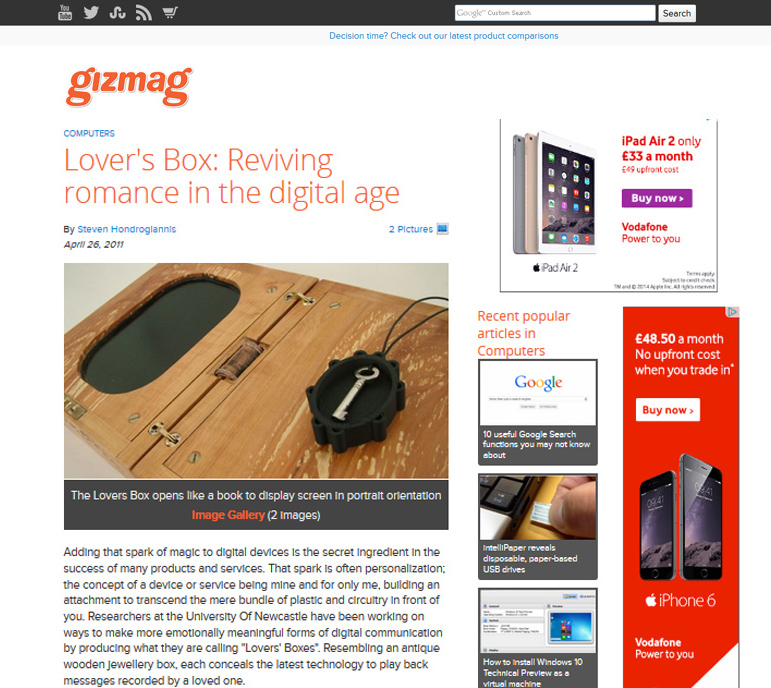